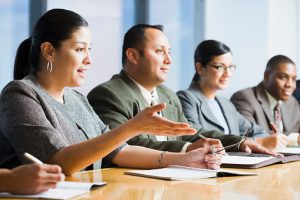 As patient care migrates out of hospitals and into non-acute settings, supply chain leaders are being tasked with driving improved cost, quality and outcomes (CQO) in these areas. In order to achieve this they must establish a cohesive supply chain, with standardized policies, processes and technologies, which delivers products to patients when and where they need them.

At the same time, supply chain leaders must consider the varying needs of each settings in non-acute care, understanding that a surgery center will have very different product and process requirements compared with a lab or home care facility.

During the Supply Chain Leadership Forum that McKesson hosted at the AHRMM19 Conference, attendees and panelists acknowledged the complexity and fragmentation of the non-acute continuum, and that in order to take control they must share best practices and learn from one another. The attendees comprised 23 healthcare supply chain leaders from across the U.S. On the panel were:

Managing the unique needs of the non-acute continuum

Because the non-acute continuum encompasses a broad range of facilities each with their own unique supply chain needs, from ambulatory surgery centers (ASC) to long term care facilities, the panelists and attendees agreed that there is no “one size fits all” approach and shared their experiences in managing some of the various segments.

“We’ve added one hospital in the last three years, and during that timeframe we’ve built four ASCs and 150+ clinics. As supply chain professionals, we realized we had to wrap our arms around the non-acute and put some effort into understanding and managing it better. There is this misconception that a surgery center is like a super clinic, but it’s a complex world and it’s the future of healthcare. I’m sure many of you have outpatient locations where you are doing fairly acute procedures. We just started performing robotic hysterectomies in one of our surgery centers.”

With the shift toward patient-centered care comes a growing need for supply chain support within patients’ homes.

With the shift toward patient-centered care comes a growing need for supply chain support within patients’ homes. The supply chain leaders in the room acknowledged that home care presents a whole host of new challenges they have not faced when managing supplies for surgery centers, clinics, physician offices and other non-acute settings.

One participant noted the environmental challenges that surface when delivering products to a patient’s home, stating that people servicing those areas must be prepared to go into environments with lice and bedbugs because they are a huge problem. They must go in protected – wearing peel-off protective apparel as they exit and using a sealed bag to transport supplies away from the home so they don’t end up with a car full of lice or bedbugs.

Another challenge health systems face is supplying hospice care. This individual went on to say that for hospice the supply chain ships a bunch of supplies to a patient’s home in anticipation that he or she will live for a certain period of time. Unfortunately, it is shorter than that. One of the issues is that there may be a lot of leftover supplies. What is the avenue for recovering all the supplies that are left over? You can’t send them back but perhaps you could donate them. 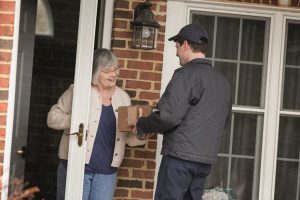 Purpura described how her health system is currently in the process of acquiring a large home health care operation where her team will be tasked with delivering supplies to patient homes, caregivers and service centers.

“This home health care project is one of the most unique I’ve had to deal with,” said Purpura. “We are aligning with a company that was part of a local insurance collaborative and contracts can’t be shared until the date of transfer and beginning of service. We went live with them on October 1, 2019 so we were frantically trying to pull all of this together behind the scenes. The good news is from a supply chain and procurement perspective, we are using one source of supply.”

Farrell described how AdventHealth created a new position in supply chain dedicated to managing their 174 physician groups. They have also embarked on a standardization project to address the 7,000 SKUs across 25 different product categories that the physician groups were ordering through distribution. Farrell and his team worked with McKesson to conduct a three-day session where they met with physicians face to face to understand current product usage and discuss opportunities for standardization.

“We showed them the top product that most physicians were using in a specific category, giving them the opportunity to touch and feel it, and then asked if they were willing to use that product as well,” said Farrell. “As a result of this work we dropped from 7,000 SKUs down to 3,900 SKUs.”

While most health care systems have extensive laboratory operations, they are not always on supply chain’s radar. When asked whether they have engaged in any supply chain projects related to their labs, attendees varied in their responses, from those who had no responsibility over lab supplies, to others who had dedicated supply chain resources in place to manage them.

Novant Health recently evaluated its lab technology to determine whether it made clinical and financial sense to invest in molecular strep and flu testing. According to Ross, it made sense from a patient care perspective because molecular testing is far more efficient and accurate than traditional testing, but it is also more expensive.

In collaboration with McKesson’s lab consulting team, Ross and his team presented the case for change to the health system’s leadership and the decision was made to transition to molecular testing based on its “true clinical value.” Ross notes how Novant Health is on track to completely swap out all of its old flu test kids for the new molecular testing this year, which is a year ahead of expectations.

When asked by an attendee whether the molecular testing required a large capital investment, Ross explained how Novant Health acquired the testing devices at no cost from the supplier. Furthermore, through a placement agreement, the supplier placed the products in the health system’s labs in exchange for the organization committing to the supplier’s reagents.

“The supplier helped us from a logistics perspective, and McKesson from a project management perspective,” said Ross. “We did undergo a practice change but the result has been much faster turnaround times, greater accuracy, and a higher success rate compared with traditional testing.”

Distribution was a hot topic of discussion as the supply chain leaders in the room questioned how they would get supplies to a growing number of off-site locations, some spread throughout their geographic regions. Opinions varied on whether to in-source or outsource distribution as supply chain is increasingly challenged to deliver supplies far beyond a hospital’s walls.

According to Ross, Novant Health built its centralized distribution center – the Novant Logistics Center – in Charlotte, N.C. in 2005 prior to their “big boom” in the non-acute space. They continue to service their hospitals and clinics out of this distribution center because both types of facilities use similar supplies. But as Novant Health’s number of non-acute locations grow to nearly 600 across four states, and expand further away from this central distribution warehouse, Ross and his team question whether this approach is sustainable.

“We have to stop thinking of self-distribution as the pinnacle of our roles and instead think about what is the right model to support our clinics,” said Ross.

“We have to stop thinking of self-distribution as the pinnacle of our roles and instead think about what is the right model to support our clinics,” said Ross. “We have a hybrid model for distribution [self-distributed and outsourced] now because it makes sense for us, but we have to be more flexible in the way we think of the supply chain evolution. It is not necessarily a linear evolution. You have to constantly look at the picture, what makes logistical sense, and what is the most cost-effective solution based on where you are in your journey.”

For those self-distributing supplies, fleet management was voiced as a particular challenge. The Senior Vice President of Supply Chain Operations for a large Midwestern academic health system with over 550 non-acute locations explained that when his team took over fleet management they found the organization owned over 280 vehicles. “You might find you already have a fleet and it might be fragmented,” he said. “You would be surprised at how many vehicles aren’t being used, or aren’t registered or insured.”

“It is a very basic principle,” said Farrell commenting on the choice to in-source or outsource distribution for the non-acute space. “As a healthcare organization you are about healing patients, getting the right products, giving them the right care, getting them out of the hospital – that is your focus and expertise so stay focused on that. If you have a contract with a good supplier they will do a good job because that is their expertise. They have hundreds of clients doing that and they know how to manage it.”

Based on her experience with on-boarding new non-acute sites and developing distribution strategies, Purpura says involving the health system’s distributor or other supply chain partner at the onset helps drive greater efficiency and simplifies the process. She addressed the attendees, stating:

“You are probably like me and have a board filled with acquisitions and new sites to integrate. My advice is to engage your supply partner early in the process. As soon as we get invited to our first meeting to discuss a new site we invite our distributor to come with us and be part of the process from the ground up. That way they can do much of the work ahead of time to make that transition seamless for us.”

“Healthcare delivery will to continue to evolve, so do your best to reach out to these other areas and other parts of your continuum,” said Greg Colizzi, vice president of health systems marketing, McKesson, who led the forum. “Non-acute sites typically don’t run on the same level of discipline and sophistication that you are accustomed to in the acute care setting so bring them along on that journey. If your supply chain doesn’t control parts of the continuum today, it is probably coming, and they will need your help.

Healthcare organizations and supply chain leaders have no choice but to adapt and change as care delivery continues its rapid extension into the non-acute. Those that have embraced this change and implemented supply chain solutions specific to these settings are achieving greater efficiency and accuracy, while reducing costs and waste. In some cases, they are enhancing patient care through the implementation of new diagnostic and therapeutic solutions. While the non-acute continuum can be complicated and fragmented, it presents a considerable opportunity for supply chain to help deliver improved outcomes for their health systems.