As the industry shifts from inpatient to outpatient care amid the transition from volume to value, health system executives are challenged to ensure patients receive care in the appropriate setting, while simultaneously working to improve the quality of services offered. Developing a strong ambulatory strategy is one way provider organizations can move closer to reaching these key objectives.

Health systems across the nation are exploring ways to re-engineer their ambulatory strategy to enhance coordination, meet patient demand and ensure care continuity – all while reducing costs.

While 80 to 90 percent of healthcare spend occurs in the hospital, 85 percent of patient visits happen in the non-acute space, based on 2015 data from the CDC’s National Center for Health Statistics1. With such a large percentage of patients seeking care in non-acute settings, it’s vital for health systems to find ways to efficiently provide high-quality services at these care sites and design the operational model to support the strategy.

During the Executive Leadership Forum hosted by McKesson Medical-Surgical on November 14 at the Becker’s Hospital Review 6th Annual CEO + CFO Roundtable in Chicago, a group of 18 health system executives discussed the greatest challenges they are facing in developing and executing their ambulatory strategy.

The issues cited by the two provider organizations during the leadership forum are representative of a nationwide trend. According to data from the Association of American Medical Colleges released earlier this year, the U.S. faces a shortage of up to 104,900 physicians by 20302.

During the Leadership Forum, the COO of an academic health system in the Midwest said his organization struggled to establish a sense of cohesion after a recent merger.

The vice president of medical affairs at an academic medical center in the Midwest echoed those challenges. He said his organization is learning how to “accommodate for the inevitable culture shock between academic physicians and community hospitals.”

Many health systems are likely to encounter challenges similar to those mentioned by the provider organizations at the leadership forum, as the rapid pace of merger and acquisition activity in the healthcare sector continues. Eighty-seven health system transactions had occurred as of the end of the third quarter of 2017, leading some industry experts to suggest the total number of deals this year may exceed the 102 transactions completed in 2016, according to a Kaufman, Hall & Associates analysis3. As health systems seek to expand their continuum of care, it is likely more partnerships between acute and non-acute providers will occur. 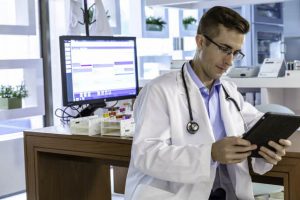 Accenture predicts that non-acute providers will represent 84% of the total provider acquisition volume by 2018, while purchases of payers is expected to double4.

Whether pursuing a merger, acquisition or another type of partnership, health systems want a seamless integration, and technology plays a vital role in achieving this goal. Incompatible technology solutions can prevent provider organizations from realizing all the benefits they hope to achieve through the transaction.

During the Leadership Forum, many executives identified HIT issues as the greatest challenge they are facing in executing their ambulatory strategy. Several said their health systems have acquired physician practices that operate incompatible IT systems. The COO of a specialty hospital in the Midwest said this is an issue his organization has encountered.

“The challenge is that ambulatory care is a different platform. We’re working on how to connect with the physicians from the organizations we just acquired,” he said. 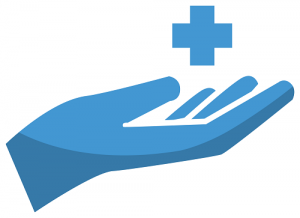 Although health systems are facing many challenges in executing their ambulatory care strategies, the executives at the Leadership Forum also identified many opportunities in the ambulatory care space.

Health systems can improve quality of care by expanding their ambulatory enterprise. Patients leak out of a health system when the system does not provide convenient access to services they need. This causes patients to receive uncoordinated, fragmented care, which can lead to unnecessary testing and conflicting treatments. During the forum, many executives said their organizations are helping patients navigate their network to prevent patients from leaving for outside providers.

Some executives said their organizations have invested in patient-scheduling platforms to help prevent patient leakage. These platforms allow patients to make future appointments before they walk out the door. The vice president of medical affairs at an academic medical center in the Midwest said his organization has nurse navigators to help keep patients from seeking care elsewhere. The nurse navigators understand what patients need and help connect them with the appropriate providers, which has helped significantly improve the patient experience.

As health systems expand their ambulatory networks, many are using telehealth to better assist patients and boost revenue by maximizing the number of patients providers are able to see each day. In fact, the vast majority of healthcare executives and providers — 81 percent — report interest in telehealth as a method to expand their digital health services, according to a Foley & Lardner survey5.

Many executives at the Leadership Forum expressed interest in launching telehealth services at their organizations or expanding programs already in place.

The COO of an academic health system in the Midwest said his organization recently merged with a community health system with a large ambulatory care presence. Because the hospital maintained its own facilities, the health system could avoid constructing new outpatient care sites. However, the system has struggled to get physicians to some of the more remote outpatient clinics. He said the health system is considering entering the telehealth field to overcome this challenge.

Other executives said their organizations have increased revenue by offering telehealth services at ambulatory care sites since providers in most states are reimbursed at the same rate for telehealth visits as they are for in-office visits.

The shift from inpatient to outpatient care has left some provider organizations with facilities and beds that are no longer financially productive. However, many times these facilities can be transformed into an ambulatory center that is profitable. In addition to the financial benefits, converting a hospital into an ambulatory center can also expand access to in-demand outpatient services, which is a top priority for many healthcare leaders. According to 183 health system C-suite executives surveyed by the Advisory Board, expanding patient access to outpatient or ambulatory care settings is a top priority for 20176.

During the Leadership Forum, several executives expressed interest in expanding their ambulatory networks. The CFO of a 14-hospital system in the Midwest described her system as “hospital-centric.” However, she said the organization’s strategy is changing.

“We don’t need more hospitals, we need more ambulatory centers. Our focus is on conversion of our existing assets and expansion in the ambulatory setting,” she said.

As inpatient volumes in many markets remain flat or decline and the industry shifts toward value-based payment models, it’s critical for health systems to provide convenient access to ambulatory services. Although it can be challenging, developing and executing a strong ambulatory care strategy is vital in today’s healthcare environment and benefits both providers and patients.

2: IHS Markit, The Complexities of Physician Supply and Demand 2017 Update: Projections from 2015 to 2030. Prepared for the Association of American Medical Colleges.